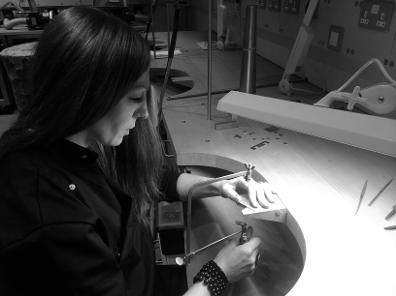 In my work I strive to express a sense of beauty, sensuality, flow and energy.

I believe that the role of the designer in a society is to generate new ideas and challenge established perceptions.

I like to give my pieces an intrinsic meditative quality through depth, visual geometric rhythm or physical movement, to obtain a strong interaction between the piece and its wearer.

Elements that inform my designs are found in my interest in  Quantum Theory, and the philosophic diversions and speculations that can be derived from it.

I'm also entranced by the universal and detailed magnificence of nature and its infinite richness in both colours and forms, as well as its pattern repetition and growth process.

I love to coalesce different materials in an experimental approach where, as in a chemical reaction, all of the elements acquire a new visual impact and an enriched meaning.

Winner for the Decorative Arts section of the Pewter Design Competition “PEWTER LIVE 2009”, awarded by The Worshipful Company of Pewterers 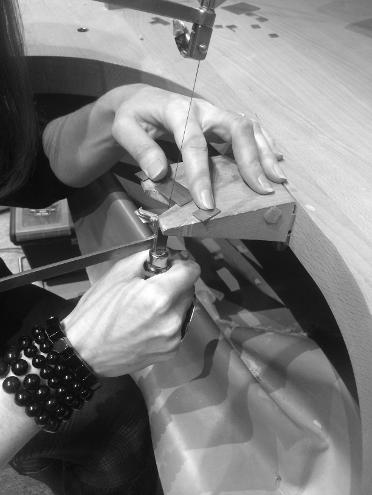